I'm a year late to the party with this, but The Beginner's Guide is... a metafictional videogame tragedy about literary theory? I'm so glad that it exists. 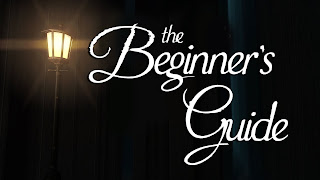 The closest thing I can think of to it, formally, is Nabokov's Pale Fire. In both cases, we're being guided through an oblique artwork (or, in The Beginner's Guide, possibly a set of artworks) by an editor and commentator whose conclusions are flawed and whose motives are suspect. In Pale Fire we have a poem with a commentator who might be mad, leaving the whole book as a puzzlebox with no readily available solution. In The Beginner's Guide we have a series of strange, short videogame levels presented and narrated by an enthusiastic fan of their reclusive creator - a fan whose tendentious readings and airy editorialising seem to undermine the original "meaning" (if indeed, there was any meaning) of the levels.

The Beginner's Guide ends up being the story of a man who destroys a friendship and has a breakdown because he believes that authorial intent can be read into a work of art - or rather, because he believes he's "solved" a work of art and therefore understands the author, despite the fact that he's actually made some dangerously inaccurate assumptions. So far so good.

But the game seems to go further than this.

The first thing to say is that The Beginner's Guide stacks the deck. By the end of the game, it's clear that our guide and editor is indefensible. By sending these levels out into the public, he has betrayed the trust of their curator. It also becomes clear that he's made edits to the levels without the consent of their creator and without informing you, the player, that he has made these changes. It is clear that he's made these changes in order to bolster his own (erroneous) interpretations of the levels. But if these are the editor's greatest sins, it's implied that he has committed lesser sins too - that imposing heavy-handed interpretations onto the work has shackled and reduced the creator's abilities. The game's final image is ambiguous, but seems to show that player, creator and commentator are most at peace when the creator's work is understood as a vast, borderless labyrinth, free of meaning and free of interpretation. 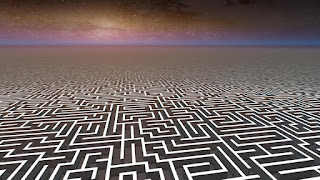 Which is where I start to part ways with the game's ideas.

You don't need to spend long looking The Beginner's Guide up on the internet before you find a couple of central theories about what it is doing. The first theory is that The Beginner's Guide is a fictionalised retelling of the release of its real-life developer's previous game, The Stanley Parable, which was a similarly oblique work that attracted a lot of heated critical discussion. By showing a critic and editor destroy fictional levels in The Beginner's Guide, the developer is trying to show how trapped he felt by The Stanley Parable's complex and contradictory critical response.

The second theory builds upon the first by stating that, yes, the first theory might be true. But by buying into that theory, you're making exactly the same mistake as the fictional narrator/curator in The Beginner's Guide: assuming that the work is a reflection of the author and collapsing any ambiguities or complexities within it, in order to fit your own narrow interpretation.

Ok, where do we go with this? Well, we could ignore these theories completely, and assume that the game is simply a short story about two people whose relationship is trapped and broken by a problem of interpretation. But I don't think we can read the game as simply a short story. Its final stages (which break the conceit of The Beginner's Guide being a collection of curated games, and become something much more abstract) seem to reach beyond the idea that this is about two people, and instead heads towards an allegory for the critical process. Even the name of the reclusive developer seems to hint that might just be an allegorical everyman: he is called Coda, a homonym for Coder - simply one who produces games.

And if this is an allegory, it seems to be saying that any critical engagement with a work is damaging: that any addition of a meaning external to the author damages the integrity of that work; that the imposition of a single interpretation destroys other meanings; that editing and curating are destructive acts; that the ideal interpretation of any artwork is (like the game's final image) an infinite, borderless labyrinth.

And this is nonsense. 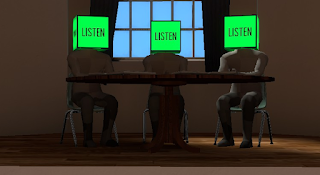 All art communicates. This isn't the same as saying that the artist is communicating with the viewer/player/reader of the art; it is simply saying that the art will give a reaction to the viewer/player/reader, even if that reaction is as simple as "I don't understand it and I don't like it". And responding to "meanings" communicated by a work is a  pre-conscious, automatic act. Processing, or discussing these meanings is vital, as is putting them into context, discussing them with others, curating them, and organising your thoughts. Otherwise, what's the damn point? If you aren't doing this, how is your response to art any different from self-indulgence?

As I said before, The Beginner's Guide stacks the decks. The fictional level designer is revealed to be a recluse who never wanted to show his work to the world. The fictional narrator betrays him by publishing the work. But this deck-stacking is disingenuous. The game quietly pretends that the act of interpretation of a work and the act of illicit publication of a private work are the same sin - they both take the meaning of the work away from the creator.

But here's the thing - as soon as a work exists, regardless of whether it was "private" or not, meaning is no longer owned by the creator. The creator cannot control what people think of the work. So in The Beginner's Guide, when the creator makes and re-makes level in which the player is imprisoned, the narrator assumes that this is due to an unhealthy obsession on the part of the creator. The game later counters that with the idea that maybe the creator just really liked building prisons. And, from the evidence provided, it's easy to build a reading where the fictional creator used the image of a prison as a healthy symbol of safety and containment. But the game gives no reason for us to believe one interpretation over the other. Seeing the huge number of prison levels, one after the other, is disturbing. Believing one interpretation over the other doesn't remove the work's capacity for ambiguity. 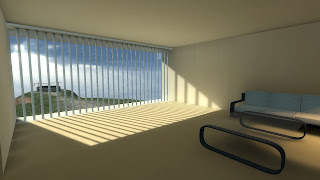 So maybe I'm wrong about what this game is trying to do.

But here's my main point, and the idea which I think the game rages against. It's very hard to define what the phrase "being wrong about what this game is trying to do" means. I could come up with interpretations of the game that were useless and uninteresting because they were banal ("The Beginner's Guide is pretty to look at") or absurd and unlikely ("The Beginner's Guide is about the lifecycle of a frog") or that completely ignore context and well-worn literary techniques ("The Beginner's Guide is a real collection of games from a reclusive developer, not a fictional construct"). These are interpretations we can argue against, but they're not something we can police. We can't argue that these interpretations are immoral. Once the art is in the world, the artist has no control over what happens next.

So yes, maybe I'm wrong about what this game is trying to do.

But, although the game might argue otherwise, that's fine.
Posted by Calum A Mitchell at 09:53