Last night I saw the Oxford Theatre Guild’s production of Festen. And this isn’t a review. Because 1) there’s not much point reviewing a play once its run has finished, and 2) I know a small but not insignificant number of the cast/creative team, so any objectivity would be hideously out of the window. But it was astonishing - by the end of the show, I saw about four audience members in tears, and most people I talked to afterwards were too shellshocked to be particularly articulate about what they’d seen. And yes, I’ve seen a few professional shows that had this sort of effect on people, but only a few. And I’ve never seen amateur theatre have this effect on people. 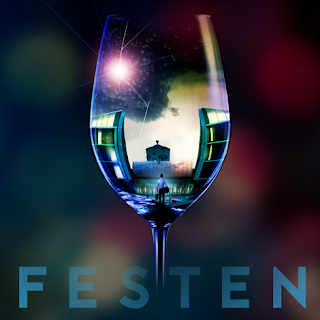 I can be prone to hyperbole. And like I said, some friends were involved. But there’s a chance that this was the best amateur show I’ve seen.

Read more »
Posted by Calum A Mitchell at 15:11 No comments:

Everything I Saw at Oxjam Oxford Takeover 2016

I think seeing twenty local bands between 2.30 in the afternoon and 11.30 at night was pretty good going, especially given that I took more than an 90 minutes for dinner. I saw the whole set of about a quarter of these bands, but most of the time I stuck around for around 15 minutes before moving on to see what was happening in the next room. I’m not reviewing anything where I saw less than two whole songs.

Read more »
Posted by Calum A Mitchell at 12:41 No comments:

Given its history, Nick Cave's Skeleton Tree wasn't the sort of album you could first listen to in the background at work, or in the car. I started listening to it at twenty minutes past midnight, and finished it around one in the morning. Music always sounds best at the border of sleep: vivid images spring up in an almost synesthetic way. The shapeless layering of Magneto's sounds becomes a series of small wooden objects placed on a table surrounded by the dark. The muttering, aggressive drumming in Anthropocene becomes a threadbare black cloud, perhaps made of pencil markings or perhaps of birds, floating above the song's space. The thick, slow synthesizer notes in I Need You become rising columns, made half of light and half of fat metal piping. 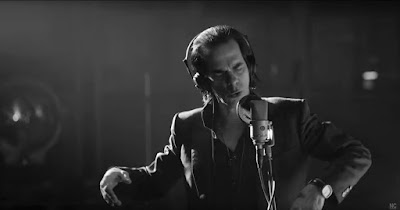 Read more »
Posted by Calum A Mitchell at 05:40 No comments: