When I was a child, Snowshill Manor was an astonishing place. I vividly remember the fleets of wooden ships, the shelves overflowing with theatrical masks and musical instruments, the darkened room full of Samurai armour at the top of the stairs. As an adult, the magic is a little faded. You become more discriminating, notice how the vast collection contains nonsense as well as wonders. You see the acres of bad paintings and the faded stuffed toys. You wonder at the necessity of hundreds of bicycles jammed incongruously into an attic. Beautiful workmanship nestles against rotting kitsch.

You notice other things too. 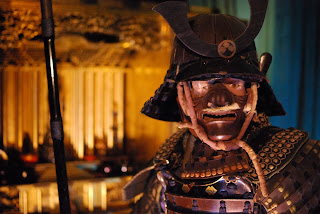 The collection was the work of Charles Paget Wade, an architect who – after inheriting a vast amount of money and surviving the First World War – decided to buy an empty 17th Century estate, not to live in, but to store his spiralling collection of mismatched items. He was uninterested in the history or value of his objects: he chose them based on workmanship, colour and form. They drench the rooms: jade figurines, spinning wheels, tapestries, vehicles, sharkskin glasses cases, playing cards, dolls’ houses – all conspiring against the idea that a house is somewhere you might sleep, or cook, or live.

The manor rests somewhere between a museum, a storehouse and (perhaps most accurately) a stage set. Wade would receive distinguished guests – Henry Ford and Virginia Woolf came. J.B. Priestley enjoyed the sprawling model village Wade had built in the manor gardens. Parties would be thrown; theatrical entertainments performed.

Sometimes, Wade would turn out all the lights and clank chains in the pitch darkness, as if the manor was haunted. 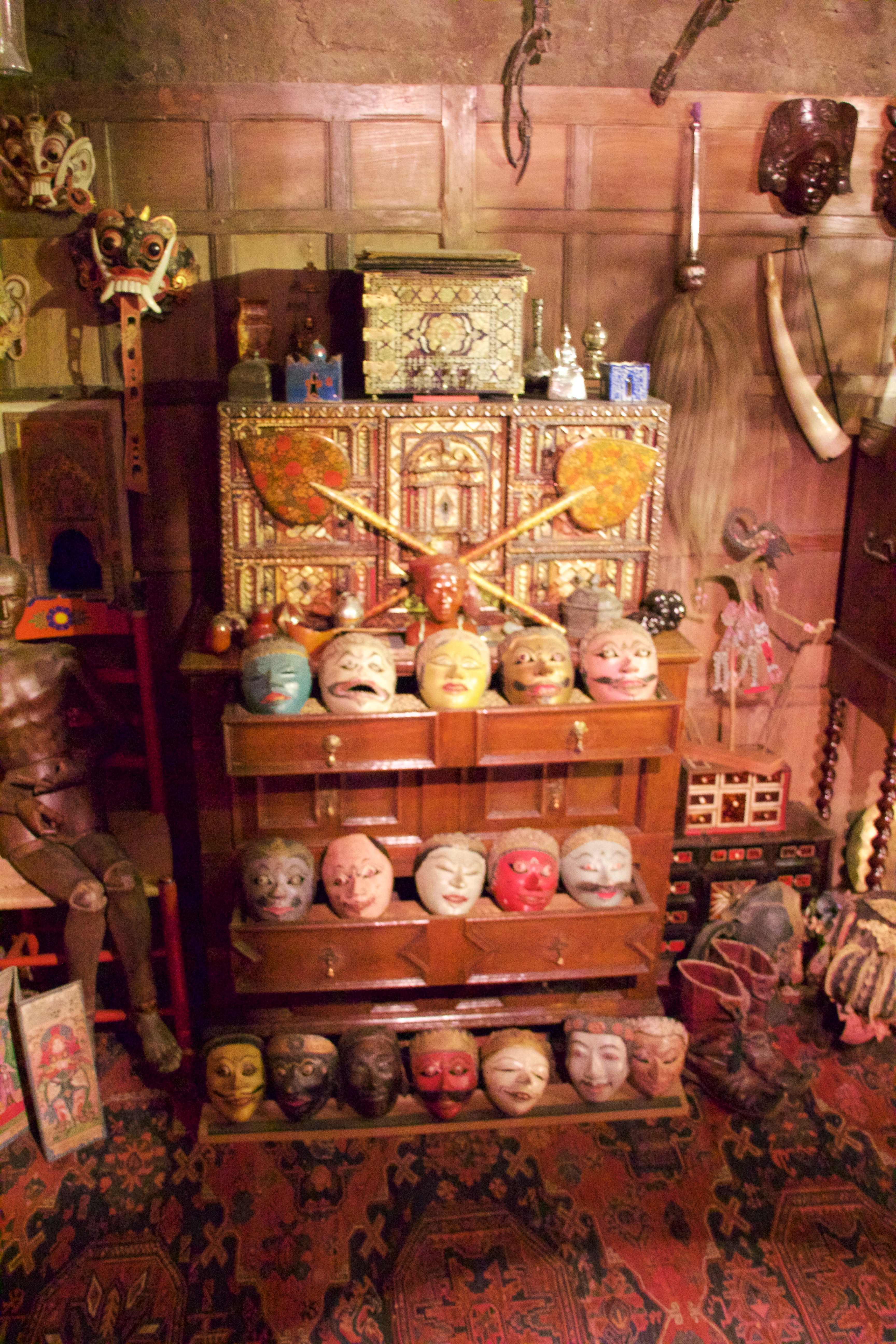 In 1951, Wade gave the house to The National Trust. He insisted that this wasn’t a place to learn about history – his objects shouldn’t be labelled, contextualised or explained. They shouldn’t be kept out of reach of visitors. They should continue to crowd the shelves – mysterious and uncountable and sometimes beautiful. The Trust has done their best to honour his wishes – this isn’t a museum. Most rooms have guides who will tell you about the objects if you ask, but the rooms feel heavy with stories that remain insistently untold.

Stories are hinted at, though. You sometimes feel as if you are seeing more than you should. We hear that his fascination with crafts began when he became obsessed with his grandmother’s chest of drawers, which now stands proudly near the entrance. Later, aged seven, he began his collection by buying an expensive trinket in the marketplace: he never stopped acquiring. There are vast numbers of toys here. In many ways, the collection seems like the wild expression of a childhood fantasy: the sense of stasis you feel in all old manor houses is stronger here, headier. One can’t shake the feeling that the building is refusing to grow up. 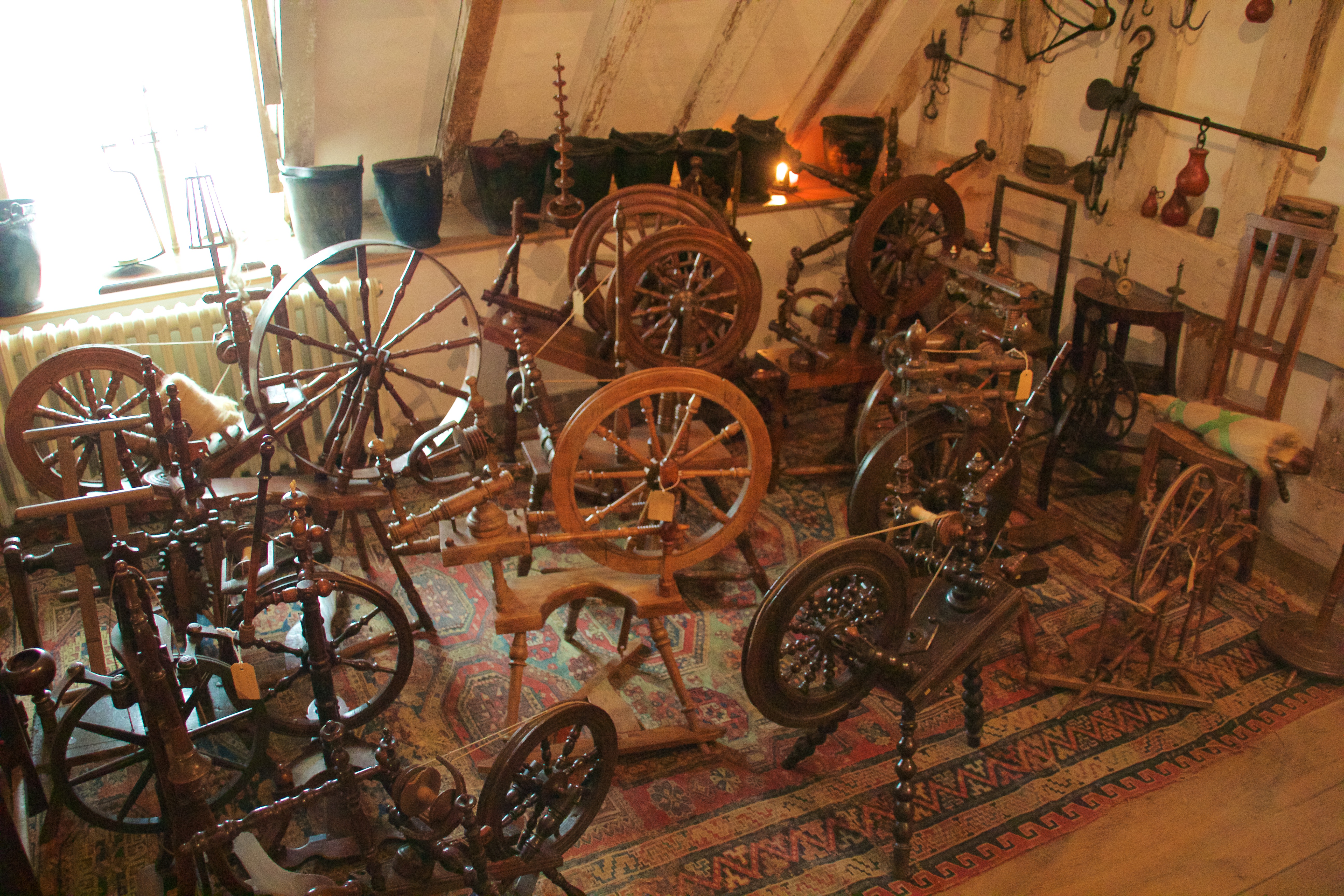 If you can forgive a Freudian diversion: Wade lived in a cottage in the garden of his manor. He slept in a room designed to look like a chapel, with a gold-coloured altar and heavy crucifix that he had built himself. His wife’s bedroom was accessible through a stone passageway at the back of his bedroom. This stone passageway was built to be too small and inconvenient for his mother to pass through.

Wade and his life are as odd and underexplained as any of the objects that line the house. We learn (from a few scraps of text and a few blurred photographs) that the money he inherited came from his family’s plantations in the West Indies. Quite what this means is unclear – we don’t find out from visiting the house about conditions on the plantations, or about whether his family were involved in the plantations long enough to have owned slaves. There’s the nagging feeling when walking through Snowshill Manor that you might be witnessing a vast, overextended childhood paid for by centuries of blood. But there’s no way to tell from what is written on the walls.

History has been wiped away here. Only the shadows of stories remain.